NO PURCHASE NECESSARY TO ENTER OR WIN. A purchase will not increase your chances of winning. VOID WHERE PROHIBITED BY LAW OR REGULATION. PARTICIPANTS MUST BE eighteen (18) YEARS OF AGE OR OLDER AT THE TIME OF ENTRY. This Sweepstakes is in no way sponsored, endorsed, administered by, or associated with Facebook, Inc. You understand that you are providing your information to NYDJ APPAREL, LLC, and not to Pinterest. You may view the NYDJ privacy policy at http://www.nydj.com/privacy.html.

1. PROMOTION DESCRIPTION: NYDJ x Glitter Guide Pinterest Sweepstakes (the “Sweepstakes”) begins on September 24, 2013 at or after 9:00 A.M. Eastern Time and ends on October 7, 2013 at 11:59 P.M. Eastern Time (the “Promotion Period”). There will be a total of one (1) winners determined who will receive one (1) Grand prize each. Entry in this Sweepstakes does not constitute entry into any other promotion. By participating in the Sweepstakes, each entrant unconditionally accepts and agrees to comply with and abide by these Official Rules and the decisions of NYDJ APPAREL, LLC, 5401 South Soto Street, Vernon, CA 90058 (the “Sponsor”) and LaForce + Stevens, 132 West 21st Street, New York, New York 10011 (the “Administrator”), whose decisions shall be final and legally binding in all respects.

2. ELIGIBILITY
This promotion is open only to legal U.S. residents (excluding Puerto Rico, Guam and any other U.S. territories or possessions or military installations) at the time of entry, and who are eighteen (18) years of age or older at the time of entry. Employees of Sponsor, Administrator, Facebook, Inc., and each of their affiliated companies, subsidiaries, licensees, individuals engaged in the development, production or distribution of materials for the Sweepstakes, and their advertising and promotion agencies (collectively, the “Promotion Entities”), and each of their immediate family members (as defined by the IRS) and/or people living in the same household are not eligible to participate. All entries submitted are the property of the Sponsor.

Limit: Only one (1) entry per person, during the Promotion Period, is permitted. Entries made by any other individual or any entity, including but not limited to commercial Sweepstakes subscription notification and/or entering services, will be declared invalid and disqualified for this Sweepstakes. Tampering with the entry process or the operation of the Sweepstakes is prohibited and any entries deemed by Sponsor, in its sole discretion, to have been submitted in this manner will be void. (But, disqualification shall not represent the sole remedy available to Sponsor/Administrator in the event of tampering.) Sponsor’s computer will be the official timekeeper for all matters related to this Sweepstakes. Entries generated by a script, macro, or other automated means will be disqualified. Entries that are incomplete, garbled, corrupted, or unintelligible for any reason, including, but not limited to, computer or network malfunction or congestion, are void and will not be accepted. In case of a dispute over the identity of an entrant, the authorized account holder of the email address associated with the Facebook account used to enter will be deemed to be the entrant. “Authorized account holder” is defined as the person who is assigned to an email address by an Internet Access Provider, online service provider or other organization that is responsible for assigning email addresses for the domain associated with the submitted email address.

4. PRIZES/ODDS: Only the prizes listed below will be awarded in this Sweepstakes. Odds of winning will be based on the number of eligible entries received.

One (1) Grand Prize Winner will receive up to 5 pieces of NYDJ apparel. Approximate value of prize is equal to $500. Any difference between the approximate retail value and the actual retail value will not be awarded. Prize is not redeemable for cash. Winner is responsible for any and all local, state and/or federal taxes, as well as any other costs and expenses not specified herein as being awarded.

PRIZE NOTES:
Prize will be awarded only if the potential Prize Winner fully complies with these Official Rules. Prize is non-assignable and non-transferable. No prize substitution. No cash alternative or substitution will be allowed, except Sponsor reserves the right in its sole discretion to substitute prize(s) of comparable value if any prize listed is unavailable, in whole or in part, for any reason. In the event the prize winner or his or her guest engages in behavior that, as determined by Sponsor or its representative in their sole discretion, is obnoxious, threatening, illegal, or that is intended to annoy, abuse, threaten, or harass any other person, Sponsor or its representative reserves the right to terminate the experience in whole or in part, with no further compensation. Limit of one (1) prize per family, household or address.

GENERAL PRIZE RESTRICTIONS/CONDITIONS: BY ENTERING, EACH ENTRANT AGREES for entrant and for entrant’s heirs, executors, and administrators (A) to release and hold harmless Promotion Entities and their respective officers, directors, and employees (collectively, “Released Parties”) from any liability, illness, injury, death, loss, litigation, or damage that may occur, directly or indirectly, whether caused by negligence or not, from such entrant’s participation in the Sweepstakes and/or his/her acceptance, possession, use, or misuse of any prize; and (B) to be bound by these Official Rules and to waive any right to claim any ambiguity or error therein or in the Sweepstakes itself, and to be bound by all decisions of the Sponsor, which are binding and final. Failure to comply with these conditions may result in disqualification from the Sweepstakes at Sponsor’s sole discretion.

6. PUBLICITY RELEASE: Acceptance of any prize constitutes Prize Winner’s permission for the Sponsor and its designees to use Prize Winner’s name, photograph, image, likeness, voice, biographical information, statements, contact information and city/state of address (collectively, the “Attributes”), for advertising, trade and/or publicity purposes worldwide and in all forms of media now known or hereafter devised, in perpetuity, without further compensation or authorization, (except where prohibited by law), and releases the Sponsor and its designees from all claims arising out of the use of such Attributes. And, upon Sponsor’s request, Prize Winner agrees to confirm such grant of rights in writing.

7. DISQUALIFICATION/FORCE MAJEURE: Sponsor is not responsible for lost, late, mutilated, misdirected, illegible, incomplete, inaccurate, or stolen submissions or prize notifications. Sponsor reserves the right in its sole discretion to disqualify any individual who is found to be tampering with the entry process or the operation of the Sweepstakes, to be acting in violation of these Official Rules, or to be acting in an unsportsman-like or disruptive manner, or with the intent to disrupt or undermine the legitimate operation of the Sweepstakes, or to annoy, abuse, threaten or harass any other person, and Sponsor reserves the right to seek damages and other remedies from any such person to the fullest extent permitted by law. No mechanically reproduced, illegible, incomplete, forged, software-generated or other automated multiple entries will be accepted. Sponsor reserves the right to modify, extend, suspend, or terminate the Sweepstakes if it determines, in its sole discretion, that the Sweepstakes is technically impaired or corrupted or that fraud or technical problems, failures or malfunctions or other causes beyond Sponsor’s control have destroyed or severely undermined or to any degree impaired the integrity, administration, security, proper play and/or feasibility of the Sweepstakes as contemplated herein. In the event an insufficient number of eligible entries are received and/or Sponsor is prevented from awarding prizes or continuing with the Sweepstakes as contemplated herein by any event beyond its control, including but not limited to fire, flood, natural or man-made epidemic of health of other means, earthquake, explosion, labor dispute or strike, act of God or public enemy, satellite or equipment failure, riot or civil disturbance, terrorist threat or activity, war (declared or undeclared) or any federal, state or local government law, order, or regulation, public health crisis (e.g. SARS), order of any court or jurisdiction, or other cause not within Sponsor’s control (each a “Force Majeure” event or occurrence), then Sponsor shall have the right to modify, suspend, or terminate the Sweepstakes. If the Sweepstakes is terminated before the designated end date, Sponsor will (to the extent possible) select the winners in a random drawing from all eligible, non-suspect entries received as of the date of the event giving rise to the termination. Inclusion in such drawing shall be each entrant’s sole and exclusive remedy under such circumstances. Only the type and quantity of prizes described in these Official Rules will be awarded. The invalidity or unenforceability of any provision of these rules (as determined by a court of competent jurisdiction) shall not affect the validity or enforceability of any other provision. In the event that any provision is determined to be invalid or otherwise unenforceable or illegal, these rules shall otherwise remain in effect and shall be construed in accordance with their terms as if the invalid or illegal provision were not contained herein.

8. LIMITATION OF LIABILITY: Sponsor, Administrator and the Promotion Entities are not responsible for, and entrant hereby releases Sponsor, Administrator, and the Promotion Entities from any claims arising from: (i) technical failures of any kind, including but not limited to the malfunctioning of any computer, cable, network, hardware or software; (ii) the unavailability or inaccessibility of any transmissions or telephone or Internet service; (iii) unauthorized human intervention in any part of the entry process or the Promotion; (iv) electronic or human error which may occur in the administration of the Promotion or the processing of entries; (v) any injury or damage to persons or property, including but not limited to entrant’s computer, hardware or software, which may be caused, directly or indirectly, in whole or in part, from entrant’s participation in the Sweepstakes or (vi) use of any prize.

9. DISPUTES: Except where prohibited, entrant agrees that: (1) any and all disputes, claims and causes of action arising out of or connected with this Sweepstakes or any prize awarded shall be resolved individually, without resort to any form of class action, and exclusively by the appropriate federal or state court situated in New York County, New York State and entrant expressly agrees to the personal jurisdiction of such courts; (2) any and all claims, judgments and awards shall be limited to actual out-of-pocket costs incurred(if any), including costs associated with entering this Promotion, but in no event attorneys’ fees; and (3) unless otherwise prohibited, under no circumstances will entrant be permitted to obtain awards for, and entrant hereby waives all rights to claim, indirect, punitive, incidental and consequential damages and any other damages, other than for actual out-of-pocket expenses, and any and all rights to have damages multiplied or otherwise increased. All issues and questions concerning the construction, validity, interpretation and enforceability of these Official Rules, or the rights and obligations of the entrant and Sponsor in connection with the Promotion shall be governed by, and construed in accordance with, the laws of the State of New York, without giving effect to any choice of law or conflict of law rules (whether of the State of New York or any other jurisdiction), which would cause the application of the laws of any jurisdiction other than the State of New York. 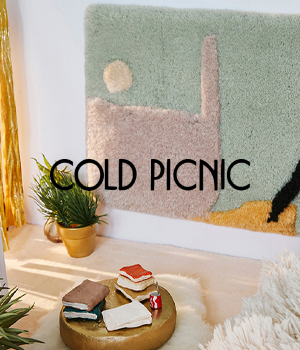 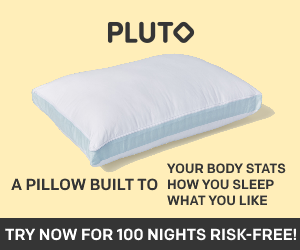 What everyone is reading rn 💛